Mistakenly referred to as a mushroom, Kombucha is a Symbiotic Culture Of Beneficial Bacteria and Yeast, or a SCOBBY. When the culture, which resembles a gelatinous pancake, is placed in an infusion of tea and sugar and allowed to ferment, the result is a refreshing and rejuvenating beverage rich in probiotics, amino acids, enzymes, and B vitamins.

Detoxes the body; binds with toxins in the body and makes them water soluble so they can be easily eliminated; dissolves gallstones.

Helps prevent growth of unfriendly bacteria in the large intestine; increases oxygen in the blood.

Aids in metabolizing and absorbing amino acids; necessary for the proper functioning of over 60 enzymes.

*These statements have not been evaluated by the Food and Drug Administration. This product is not intended to diagnose, treat, cure, or prevent any disease. But, you and I both know it’s good for you anyways.* 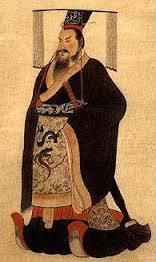 From there it spread to India, Russia, and Japan by traders and travelers. Japanese samurai carried kombucha in hip flasks to restore their waning energy levels during battle. Known as “Tea Kvass” in Russia, it was consumed by czars and peasants alike to promote health and longevity. It’s been known by many names such as The Tea of Immortality and The Elixir of Life. Our nickname for it is Booch or Boochy.

People Start Drinking Kombucha for a Variety of Reasons

They may want to stop drinking coffee, but still need something to give them energy in the morning. They may want an alternative to energy drinks and soda because they don’t want all the sugar and caffeine. They might be doing a cleanse and want a gentle detoxifier to assist them in eliminating. Note that this drink does promote detoxification in the body. First time drinkers may experience cleansing responses such as headaches, nausea, fatigue. If this is your experience, drink plenty of water and cut back on the booch!! Some have even used it to ease off alcoholic beverages. Please note also that kombucha is fermented, so it naturally contains less than half a percent of alcohol. If you are sensitive to alcohol, or are choosing to avoid alcohol entirely, you should choose a different beverage. Perhaps some of our delicious coconut water on tap will do nicely!

Some People Immediately Love the Sparkly, Sour Tea Whose Taste is Similar to Apple or Pear Cider

For others, it is an acquired taste. People have reported greater levels of energy, improved digestion, clearer skin and brighter eyes, increased mobility in joints, and appetite control. One of our customers saw a skin condition she had for most of her life clear up after drinking our brew for a month. We also saw a skin cancer lesion on the nose of a long time surfer shrink after a serum we made from kombucha and other super foods was applied topically. These are just sample cases, and may not be representative of your experience with kombucha. Overall, it is a great health tonic for the mind, body, and spirit. We have come to think of our kombucha as a key to health because we have seen so many people start with kombucha on their path to greater well being, and it opened the door to more lifestyle practices that brought them into balance with their bodies and with nature. It’s such a pleasant, tasty way to get cleaner and clearer! We feel blessed to have witnessed so many transformations!!!